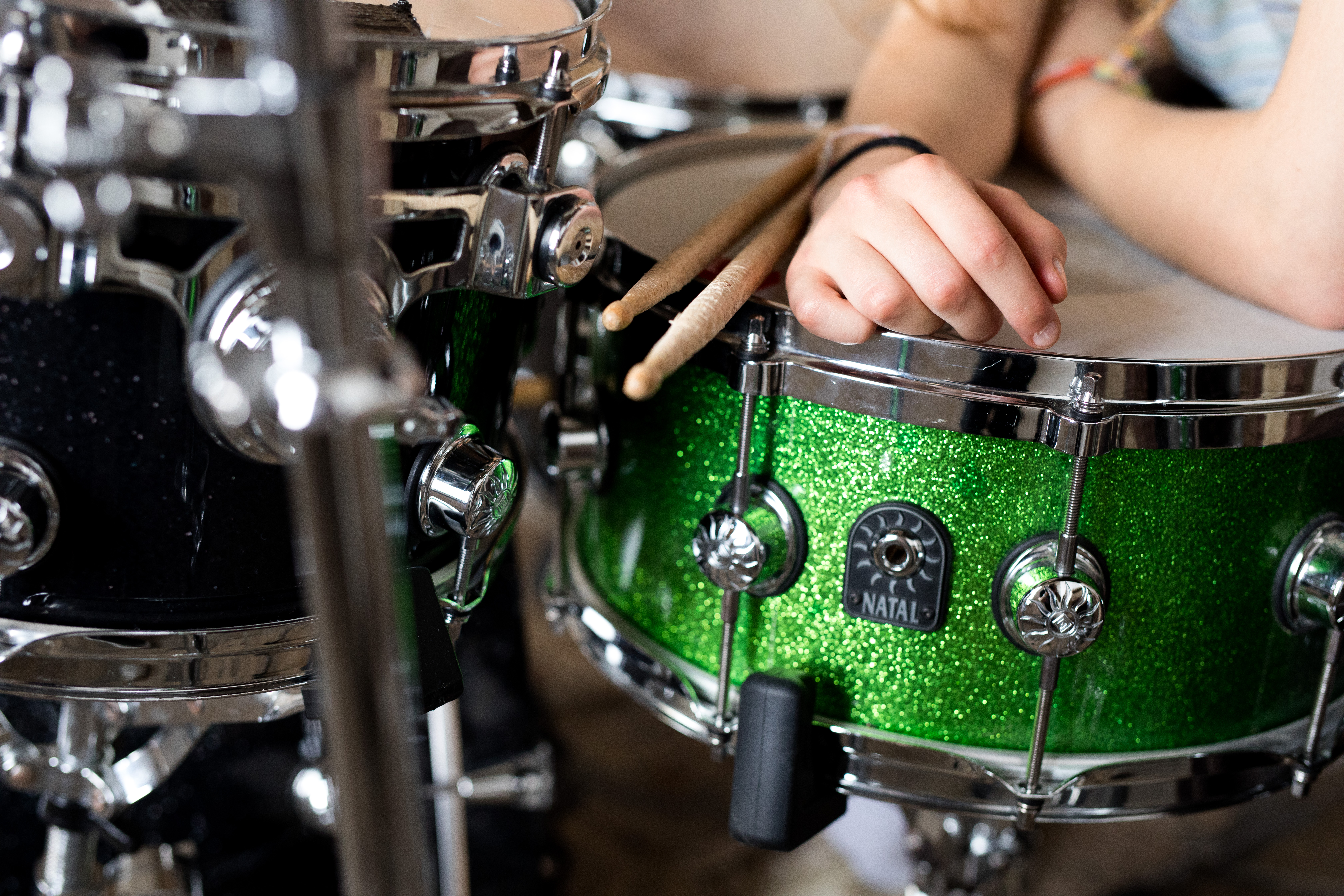 The ghost notes must be light to contrast the main backbeat here and bring out the Shuffle Rock feel. Explore dynamic shape and tonal colour in bar 4. Bar 7 displays a transition from triple to duple time which requires confidence in subdivision definition.