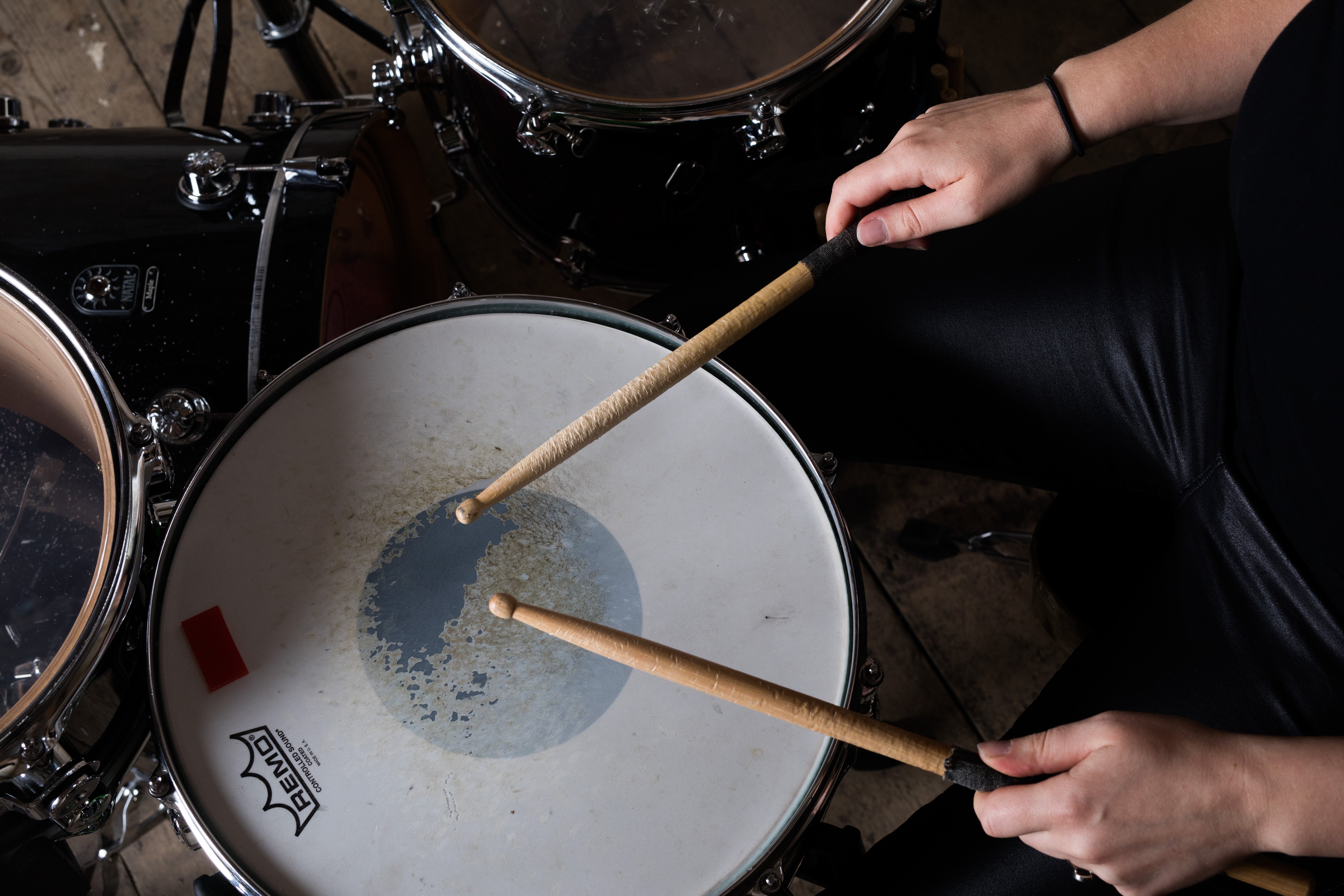 This exercise begins with a moderate Swing feel moving to a driving Rock style at bar 10 but the pulse remains the same (q = q). Be sure to create excitement in the crescendo to signify the change of genre. The paradiddle on the feet in the penultimate bar should be played with sensitivity.