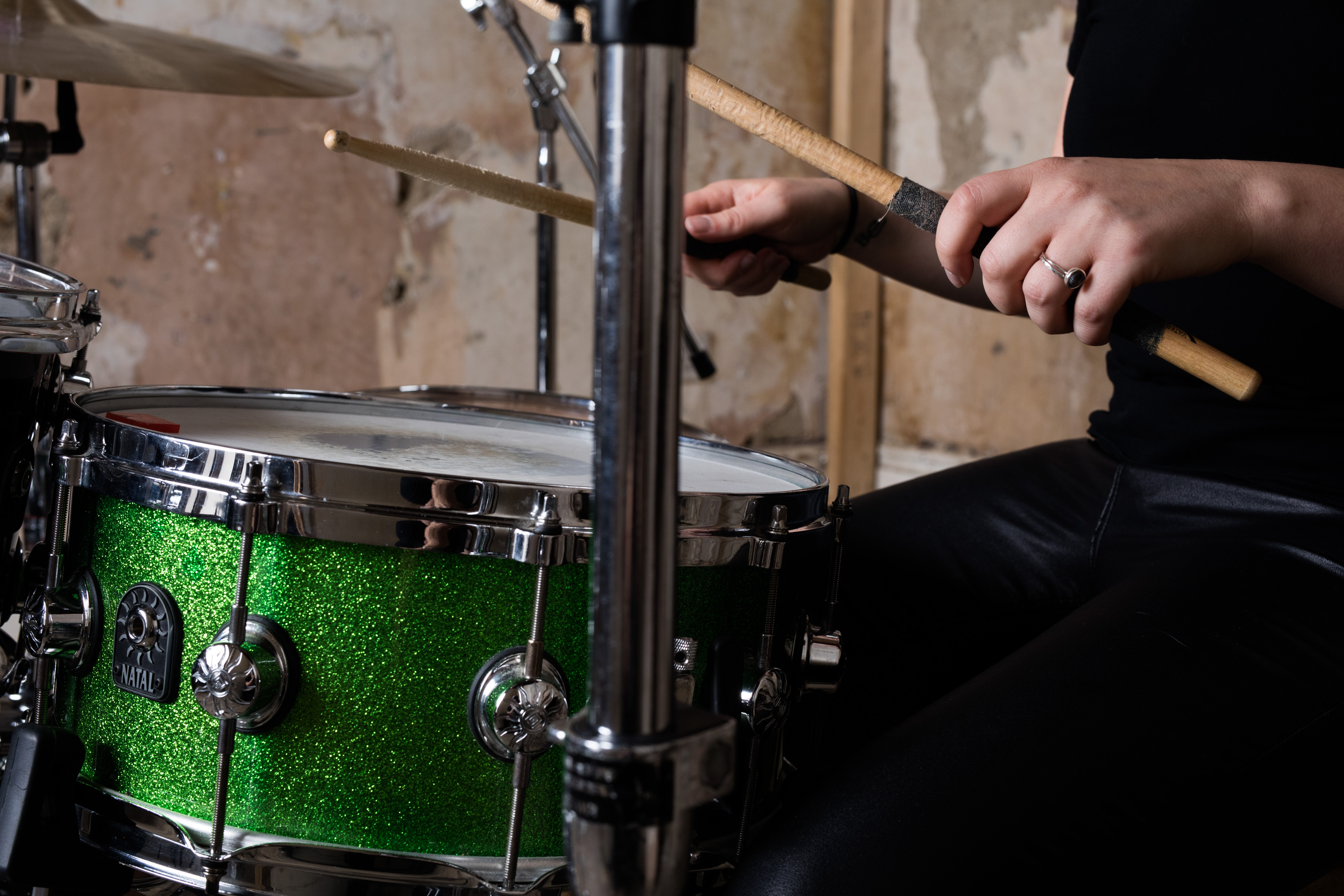 These exercises are an introduction to applying rudiments on the drum set. The application of the foot pattern lends itself to four limb co-ordination. Be sure to play the quavers (eighth notes) evenly while executing the single strokes, double strokes and paradiddles. Dynamic markings need to be observed to shape the performance of each exercise.