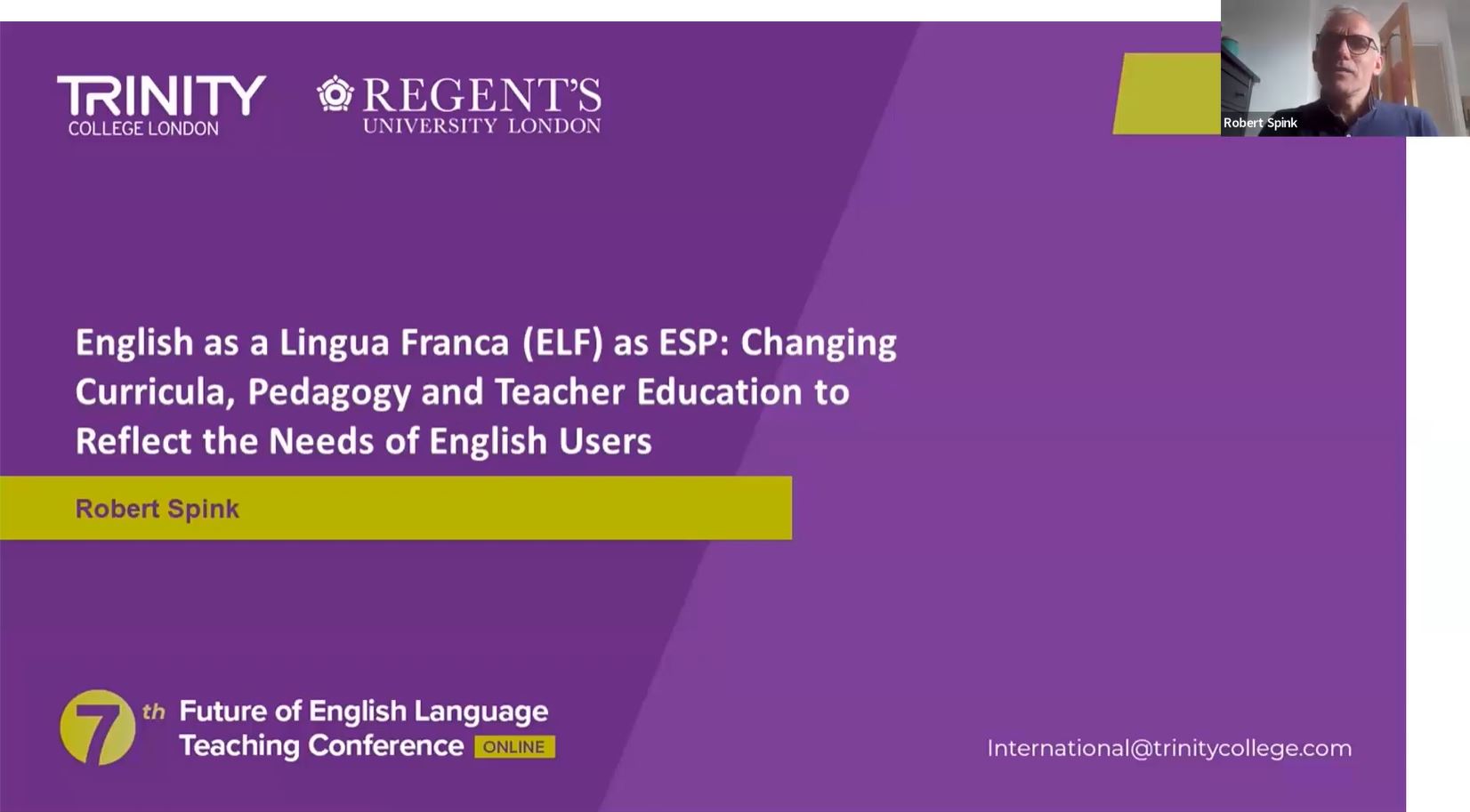 English as a Lingua Franca as ESP: Changing Curricula Pedagogy and Teacher Education to Reflect the Needs of English Users

Robert Spink explored 'English as a Lingua Franca as ESP: Changing Curricula Pedagogy and Teacher Education to Reflect the Needs of English Users' at the 7th online Future of English Language Teaching Conference.

See the video recording below:

Most students of English globally can now better be described as 'users' rather than 'speakers' of English, a development that is an implication of globalisation and the internationalisation of the English language. Users of English learn English in order to communicate with others for whom English is part of a dynamic multilingual mix and thus concerned more with the skilful, context-driven use of English in a particular context, rather than a generalised standard or code. Such developments have been explored and conceptualised within the field of English as a Lingua Franca (ELF). In this presentation, I will outline the development of a paradigm of ELF which many suggest is closely aligned or even identical to ESP. Having done so, I will then consider how the affordances of ESP can enable English Language teaching to better reflect the changing context for which most people now wish to learn English. I suggest such changes reflect developments which are urgent and significant, but which have so far not been extensively reflected in TESOL curricula, pedagogy, teacher education or assessment, to the detriment of learners and the profession. Drawing on the example of Business English as a Lingua Franca (BELF), I will suggest ways in which ESP can shape the teaching of ELF-informed English Language teaching.