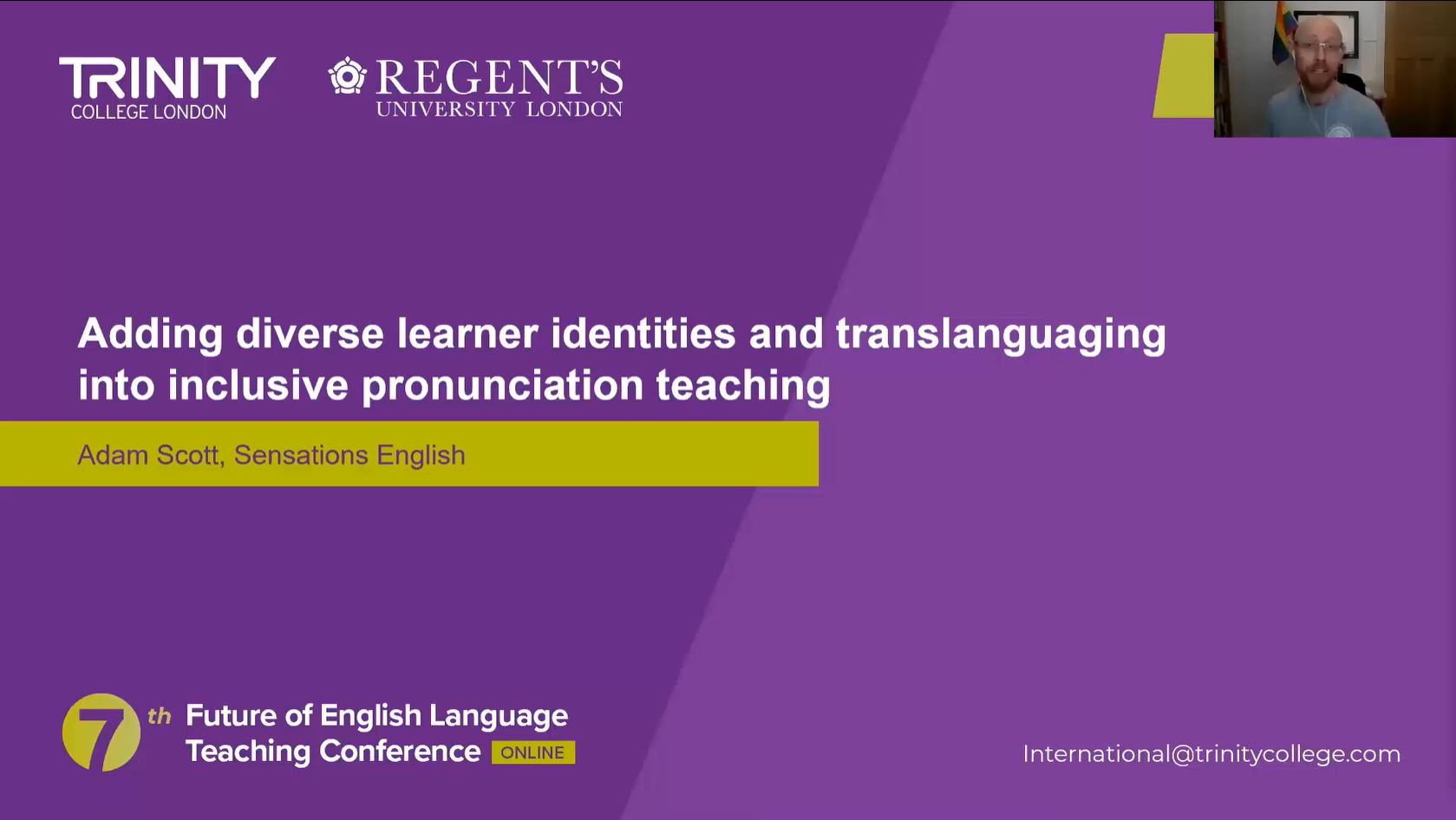 See the video recording below:

What happens to pronunciation teaching if we move away from models, and with the times? Translingual practice (TLP) – based on situated creation and negotiation of meaning, which is co-constructed by its participants – gives us a guide. It recognises language as embodied, emergent and intersubjective and values both learners' identities and their wider language resources.

Intelligibility-focused approaches to pronunciation remove the focus on a native speaker norm but often replace these with an appeal to other norms, perpetuating a deficit model of pronunciation. Whereas intelligibility-based pronunciation's form-focused approach leaves unanswered questions about what model, authority and interpretation defines intelligibility, TLP recognises diversity, develops context-dependent co-construction of understanding, and reveals the arbitrary classification of English varieties.
Embodied translingual practice empowers learner identities with pragmatic, situated and functional pronunciation strategies, removing intelligibility's reliance on a lingua franca core with its unvalidated "neutral" status and exclusion of common pronunciation features.

Phonological diversity, context and the need to support learners in negotiating pronunciation when misunderstandings occur are inherent in TLP. Similarly, without imposed standards, intelligibility is a co-constructed, intersubjective, contextually dependent phenomenon emerging through ongoing pragmatic negotiation. This recognition of learners' identities aligns with TLP – developing pragmatic strategies and decoding practices in a way which shifting variety or relying on a "neutral" variety doesn't.

TLP moves away from racialised pronunciation forms, instead throwing learners into the world as "translanguagers" forging intelligibility through interaction. These receptive, productive and cognitive phonological skills, connected to but reaching beyond the speaker's own linguaculture, co-construct intelligibility in the creative spaces where gaps in understanding occur.